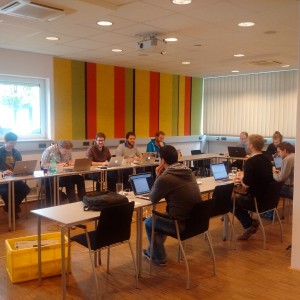 Over the last few months we have been working furiously on the various components for the first release of the MICO Platform.

A special thanks to Emil Lundh from Codemill who joined the Hackathon as an invited expert to help with integration of the Kaldi Speech-to-Text extractor.

Some of the final pieces of the puzzle we worked on included updates to the APIs for Java and C++ to connect with the central infrastructure of the MICO platform, and to support the new Meta-Data model based on W3C Open Annotation Data Model. For simpler usage, our parnter University of Passau has created a new library: Anno4j, which is already integrated in the platform.

Stay tuned for our release of the MICO Platform 1.0.